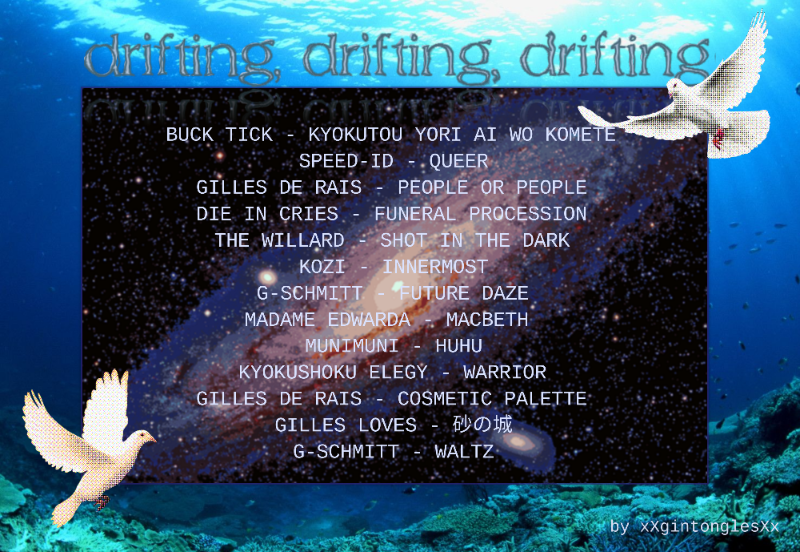 concept: an infinitely looping computer program you are locked in: you are the virus: this is your curse 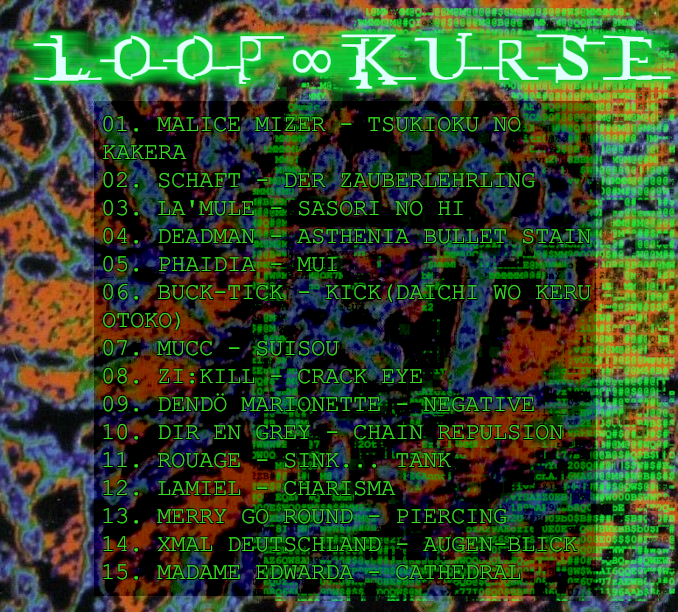 a playlist designed to make you feel as if you're being dragged into the depths of a fiery hell, with no chance of ever escaping 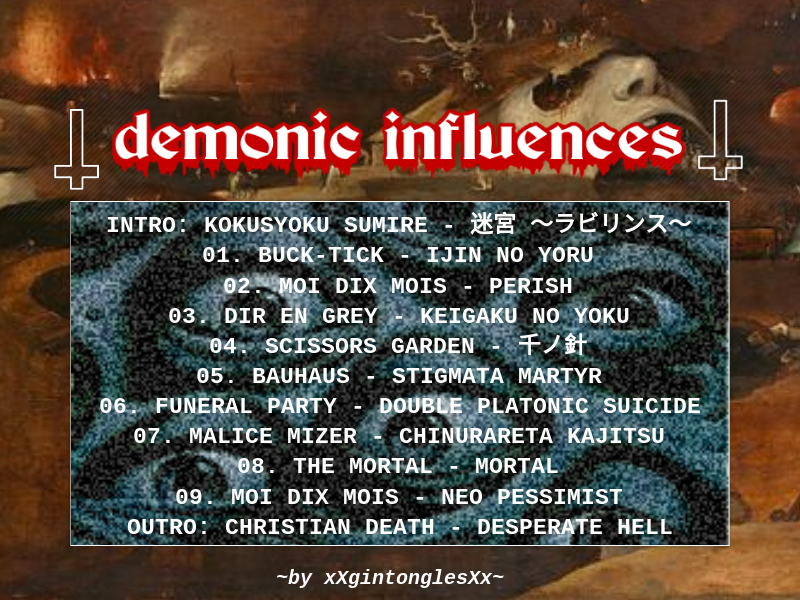 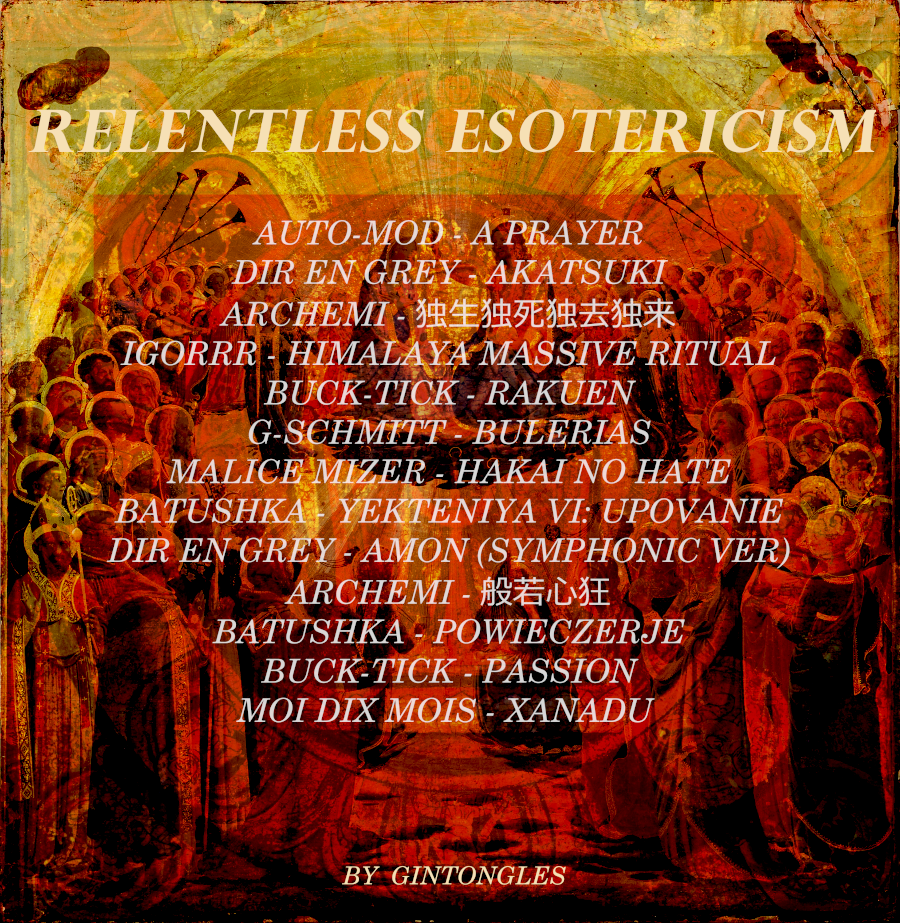 throbbing goth trax to dance to. dust off your picklewinkers from 1983 and get kickin!!! 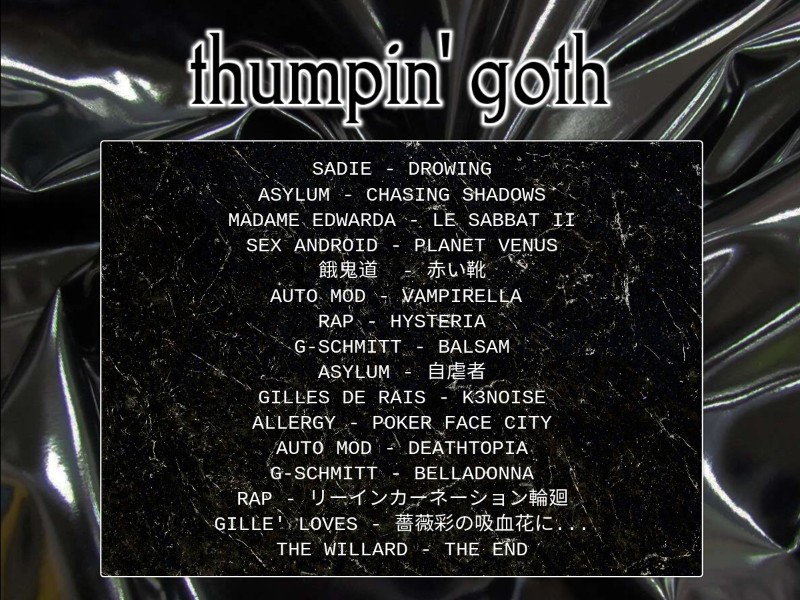 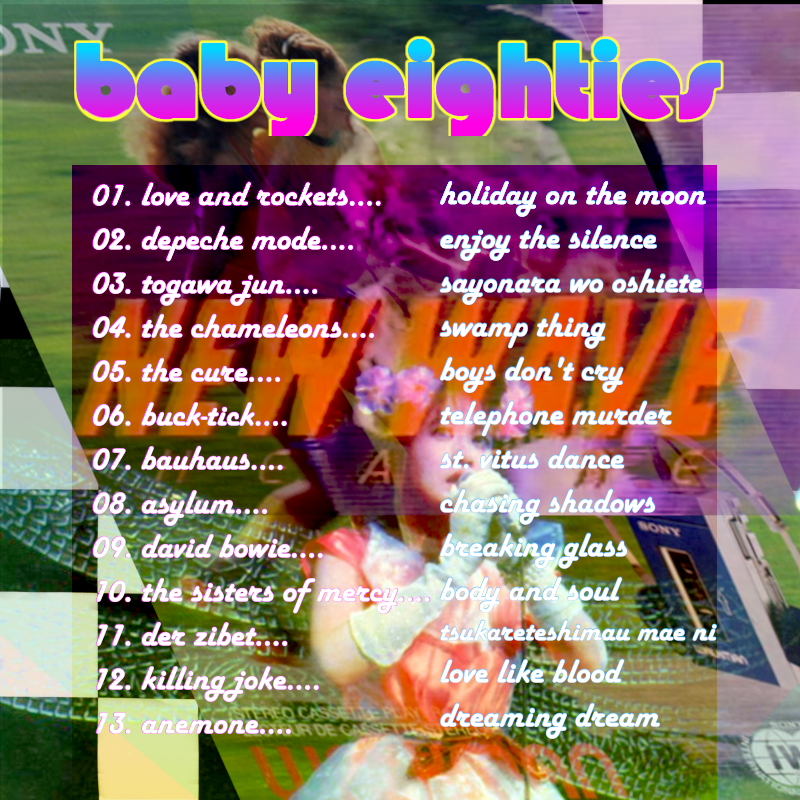 
songs for empty evenings and for smoking or drinking alone 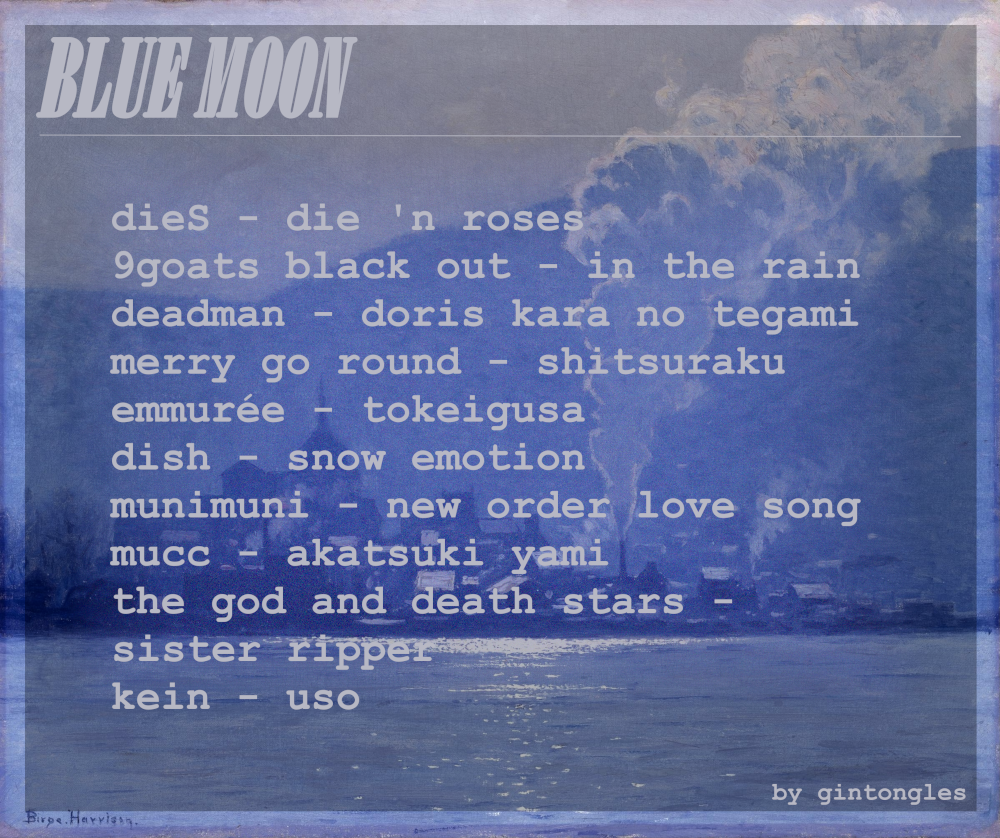 the trash of the trashiest: industrial and nu-metal songs with a couple surprises mixed in, guaranteed to make your brains leak out your ears. 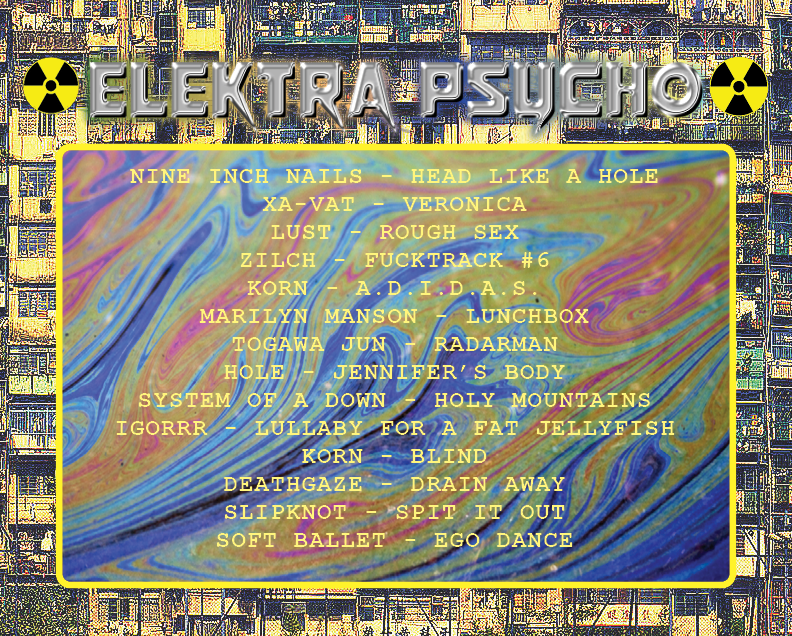 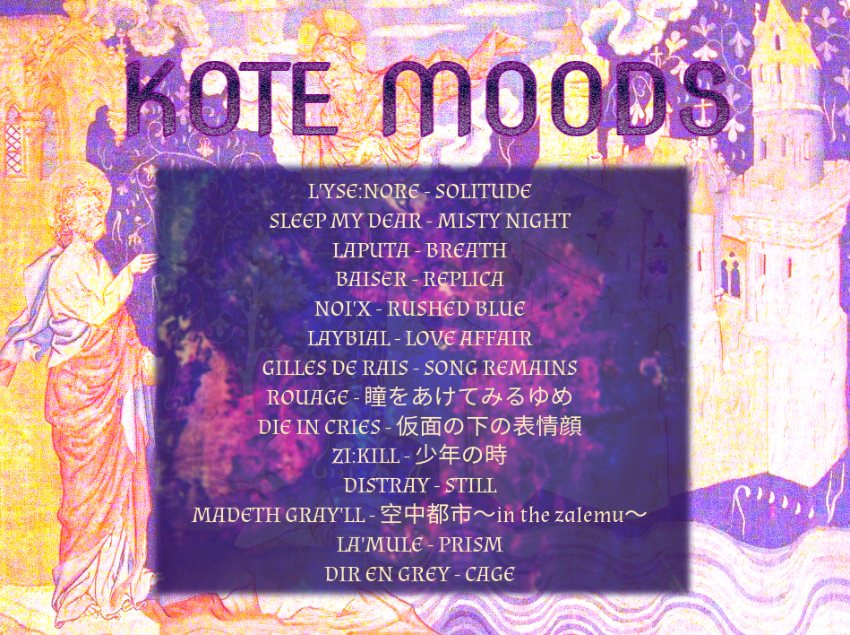 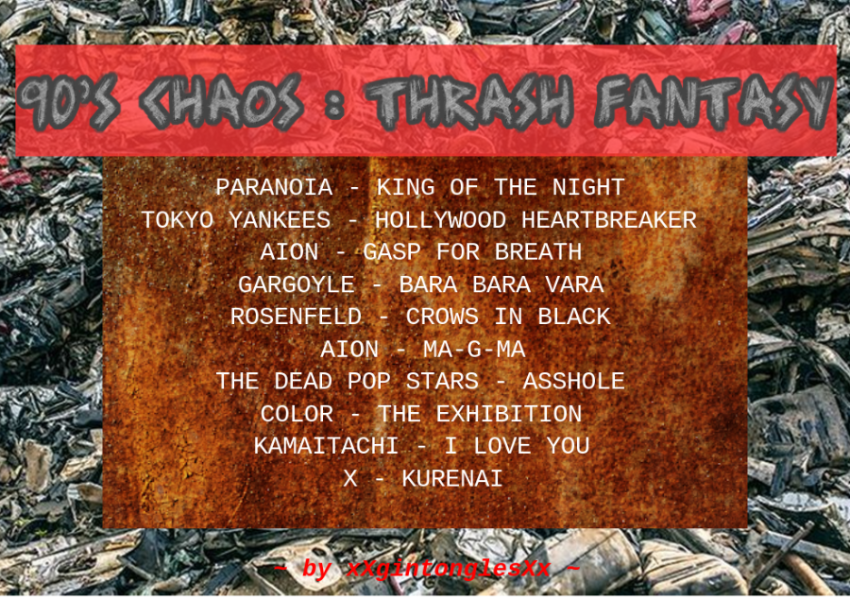 electronic beats to carry you through the y2k apocalypse and beyond. strap on your holographic boots and get going to the discotheque!

dedicated to my dear friend elian 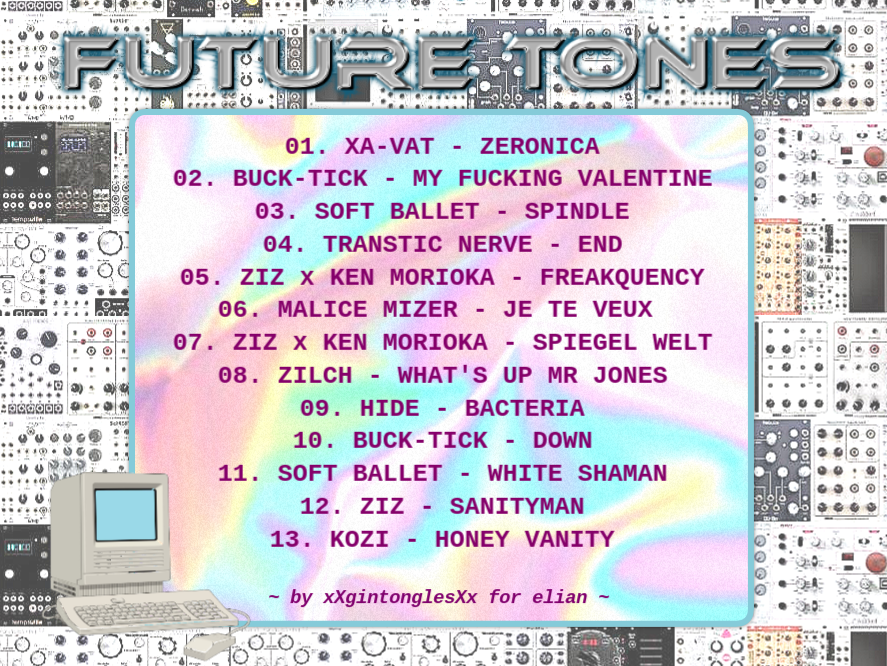 its heavy metal, babey!!!! this playlist smells like beer, sweat, and hairspray!

this playlist has snorted coke in the past five hours and has two baby mamas in jacksonville, florida!!
this playlist has been banned from four bars and three clubs for fighting and arson!!!

this playlist just went to the clinic this afternoon and learned it has gonorrhea!!! remember to always use a condom, kids!!!! 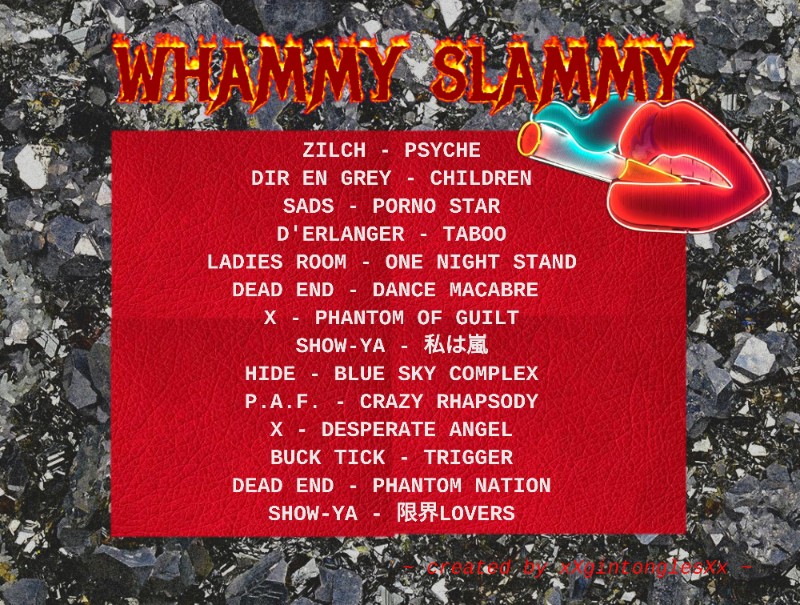 for the feeling of despair unique to summer. mostly 80s goth. recommended listening conditions: during a summer thunderstorm, inside, while drinking black tea. 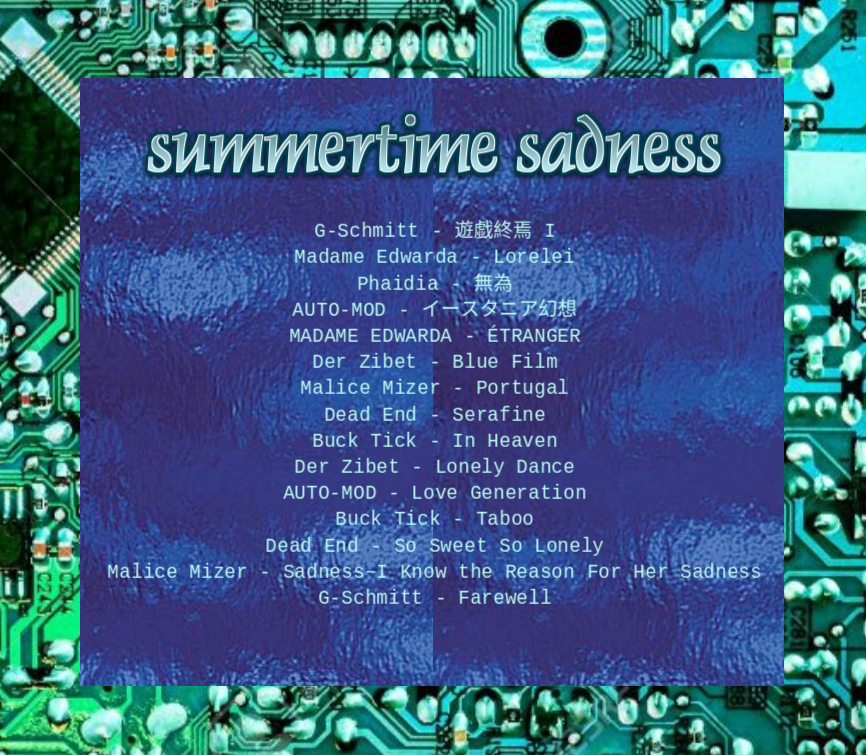 for when you're sad but still wanna bop. songs that make ya wanna thrash around and do the worm while crying. perfect for all seasons. enjoy responsibly! 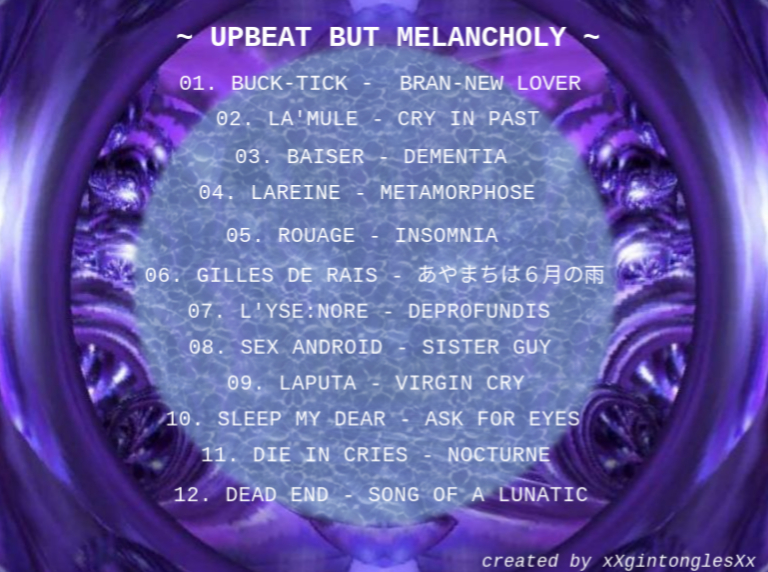 a playlist featuring songs of several of the "pioneers" of the japanese goth (then called positive punk) scene, from which visual kei later evolved.

although many of these bands laid down the foundations for visual kei in their elaborate makeup and stage dramatics, nowadays many of them and their contributions have been largely forgotten.

in order to showcase some excellent and original bands, i put together this playlist. 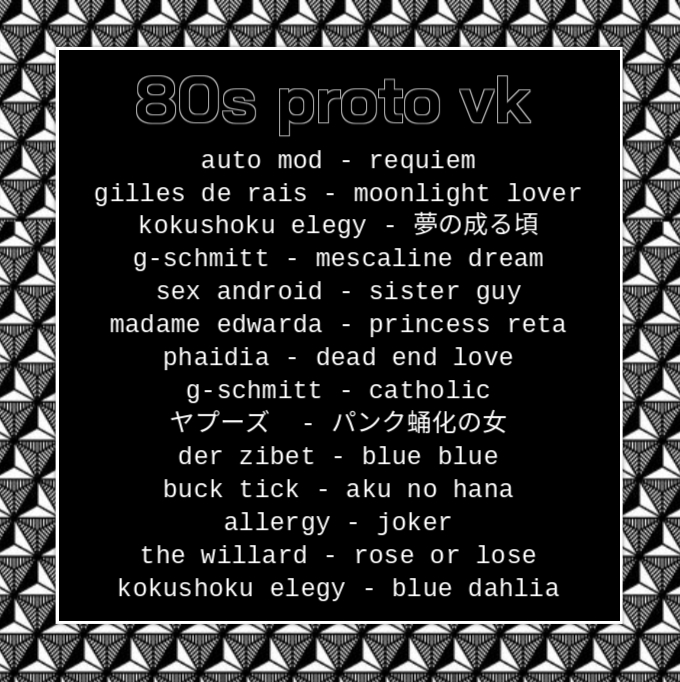 songs that FUCK!!! make ya wanna thrash around and break shit!!!! its called thrash metal for a reason, babey!!!!!! 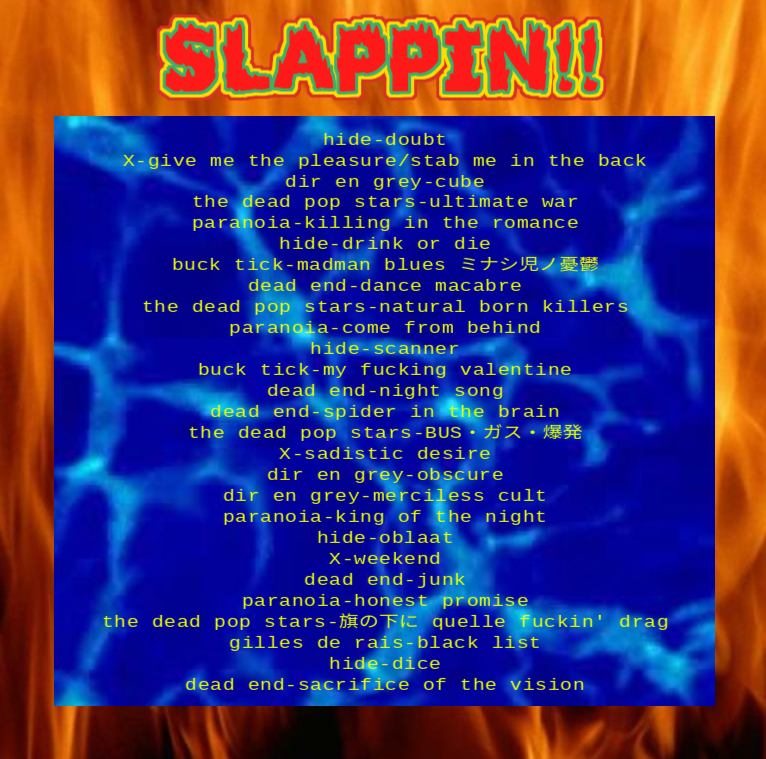 i always thought of libra as the quirky uncle of the signs, so when making this playlist i was trying to find songs that make u feel like ur flying over the ocean on a rickety jet piloted by ur weird uncle and ur not entirely sure if you'll survive but

ur at least havin a hell of a time, babey!!! 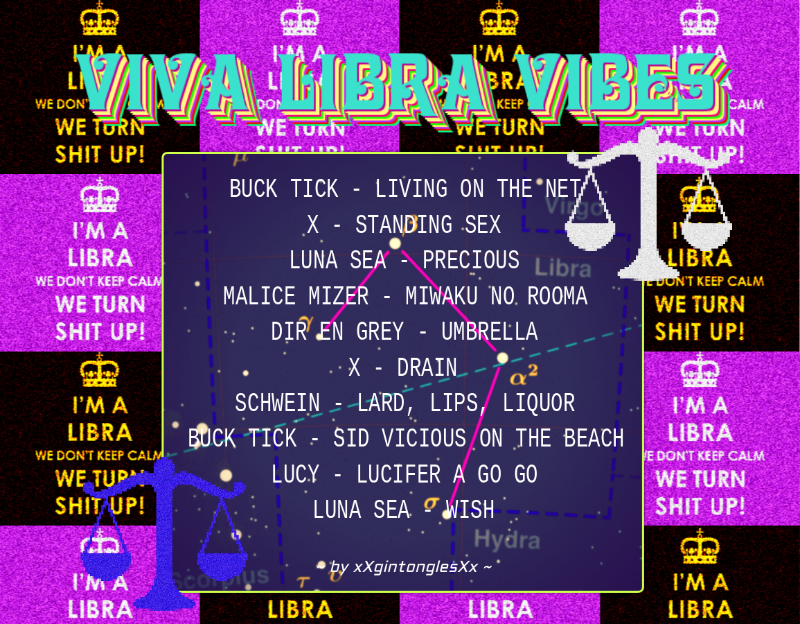 kote kei: end of a millenium 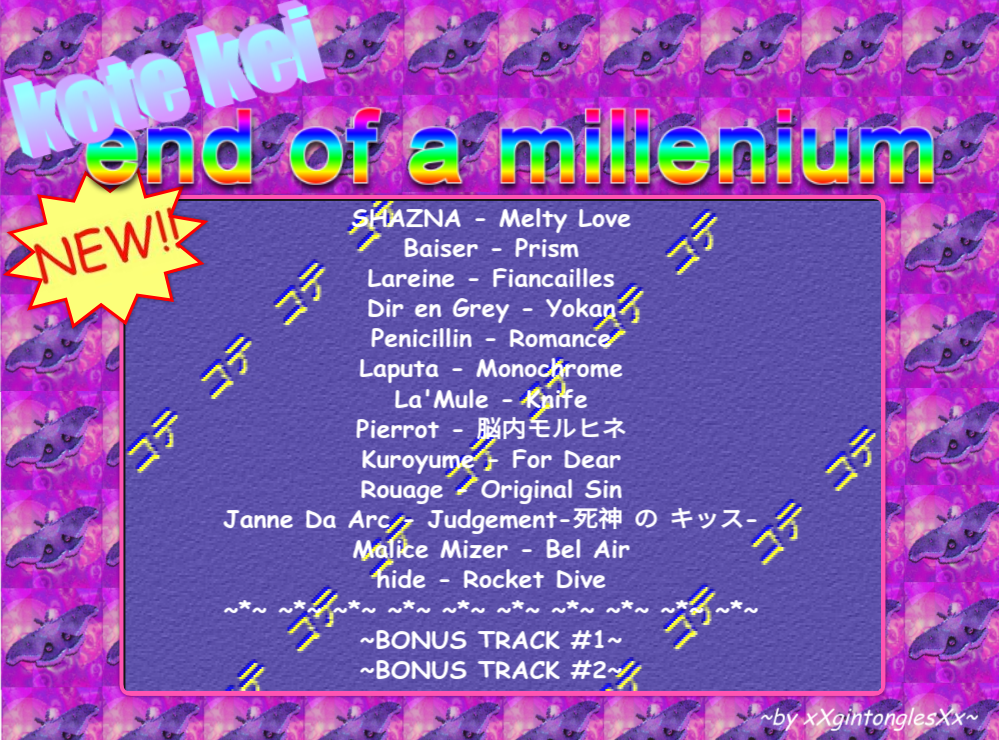